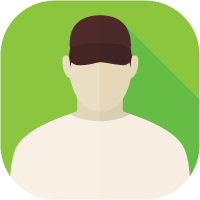 Lean manufacturing is the process of cutting back on certain materials or speeding up certain processes to lower the overall cost of manufacturing. There can be key benefits to this approach to manufacturing, but it's important to move forward with a balanced view of lowering costs without compromising quality. This blog looks at that concept, but it also delves into other information related to the manufacturing and industrial fields. Ultimately, this blog is designed to help manufacturing professionals as well as B2B clients who purchase products or outsource processes to this field. If you have questions, I hope that you find the answers you need here.

Tips for Speeding up Sandblasting Process on Rusty or Painted Metal

If you have just started a metal cleaning workshop to restore metal for remanufacturing firms, then you should know that there are different ways of achieving best results. Some businesses in the industry use powered grinders to scrape off paint and rust from metal surfaces. However, there is another method referred to as sandblasting. The results of a sandblasting procedure is fantastic, but only if carried out correctly. However, if you are going to sandblast for the first time, a single job might take you a bit of time to clear. Nonetheless, this post provides insights on how you can speed up sandblasting and maintain high-quality work as well.

Avoid too Many Granules into the Airstream -- Most sandblasting equipment operators that are newbies tend to make one common mistake, which is filling the airstream with too much media. To new operators, having too much media hitting a metal surface means faster removal of the paint or rust. However, it is not true because different types of granules produce varying effects. If you put too much media granules in a machine's airstream, you will end up lowering air velocity thereby reducing the impact of the pellets on the surface; consequently, it will slow you down the sandblasting exercise considerably. To ensure there are just enough blasting media being taken in by the equipment, the airstream should only be slightly discoloured by the media being used.

Sandblasting at an Angle -- The angle at which you direct a sandblast nozzle determines, to a significant percentage, the rate of work.  Perpendicular sandblasting makes blasting media to bounce off a target surface and knock against each other. Such action reduces the surface area covered by a single blast of the machine. However, placing the nozzle at an angle reduces chances of the granules bouncing against each other. Angled sandblasting saves time by ensuring that a larger surface area is covered.

Choose the Hardest Media for the Desired Profile -- Sandblasting media come in different forms. Some are very hard and highly abrasive while others are relatively soft with low coarse levels. Media variations are necessary because different projects have different target profiles. For instance, some granules are for stripping paint on metal while others are meant for removing rust on a metal's surface. Therefore, if you want to improve your productivity when sandblasting, make sure that you opt for the hardest granules that will achieve the desired surface finish. For example, if you are going to do light paint removal for purposes of repainting, then the hardest media would be a 30-60mesh crushed glass granule. Conversely, if you are going to do heavy paint-removal, then go with the 10-20mesh crushed glass.